A modular home is a perfect option for any home buyer looking to build a new home. Not only are there fewer delays, they usually cost less than a site-built home and are of equal, or, arguably, better quality.

A modular home is built in a climate controlled factory setting in two or more sections (modules). The sections are then transported to a destination and assembled on-site.

Before the home leaves the factory to be assembled, it is inspected by a third-party in accordance with the building code and to the requirements of a factory-built home.

When assembled, a modular home looks similar to a traditional site-built home – including multiple floors and options of adding features such as a porch or a garage.

Just like a site-built home, a modular home is built to the standards of the local building code and the International Residential Code (IRC). A third party inspects all site-built and modular homes built and assembled in Pennsylvania to ensure compliance, so a modular home and a site-built home only have a few major differences: the location that the home was built, the time it took to construct the home, and the overall cost of the home by the end of the process.

Key Features of a Modular Home

In fact, the argument can be made that a modular home is a higher-quality option than many site-built homes because it is built by expert craftsmen in a weather-controlled environment.

One of the major benefits of choosing a modular or manufactured home are the additional features you can choose to customize your home. What’s even better? Most manufactured and modular home builders have options for custom home designs, so you can choose the floor plan, the design, the size, the style and more!

Here is a short list of options for each type of home.

Even if choose a model already available from your home seller, there are still options available to upgrade the home to your liking. 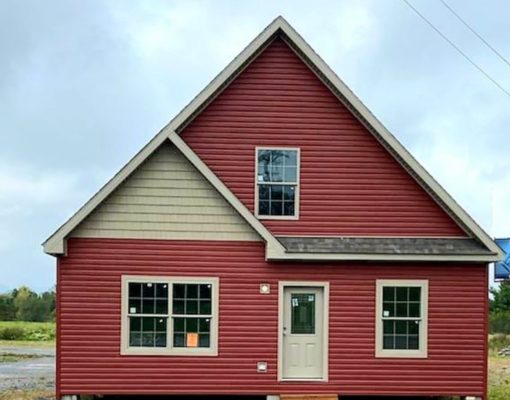